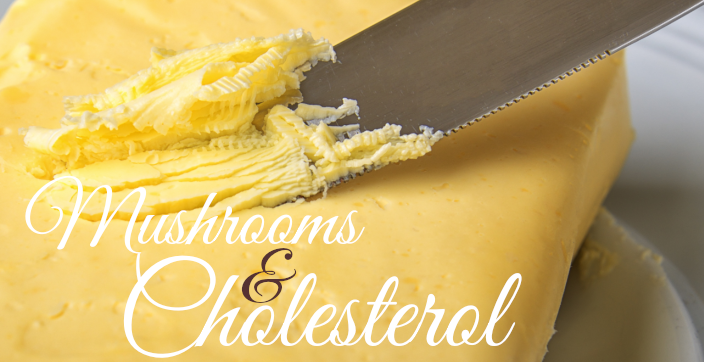 Anyone who has had , or has, cholesterol problems is familiar with Statins, which are drugs used by millions of people to lower cholesterol levels. However, not everyone knows that these Statins are naturally produced by certian mushrooms such as Pleurotus ostreatus more commonly know as The Oyster Mushroom , making it ideal for people suffering from high cholesterol levels.

The science behind it:

A 2007 study ( available here ) showed that the daily intake of this mushroom by diabetic patients not only lowered blood glucose , but to the surprise of the researchers , significantly lowered bad cholesterol (LDL) levels without lowering good cholesterol (HDL). The study lasted 24 days (three weeks), with Pleurotus ostreatus (Oyster Mushroom) being given to the patients every other week.

According to the study: Consuming the Pleurotus ostreatus (Oyster Mushroom) significantly reduced systolic and diastolic blood pressure, as well as plasma glucose, total cholesterol and triglycerides, while it did not lower the level of HDL, values ??which were sharply increased as soon as the intake of the fungus was interrupted. The study concludes that the fungus Pleurotus ostreatus is very effective in reducing blood sugar, blood pressure, triglycerides and cholesterol, without side effects on the liver or kidneys.

How to use the Oyster mushroom to reduce cholesterol levels:

Most recipes involving Oyster mushrooms require to use cook them in butter to deep-fry the mushrooms. It is obvious that this would be counter-productive in lowering bad cholesterol (LDL). The best way to use Pleurotus ostreatus to lower cholesterol is to dehydrate, grind it into a fine powder and take twice , or thrice, a day with vitamin C. The secret to this is consistency as the clinical experiment has shown that taking the mushroom consistently will helps keeping cholesterol levels low. It is important to underline that taking Pleurtous ostreatus to lower cholesterol levels does not mean abandoning a low-cholesterol diet.

For further inquiries regarding Osyster Mushrooms and Cholesterol feel free to write us or contact us on our social networks.