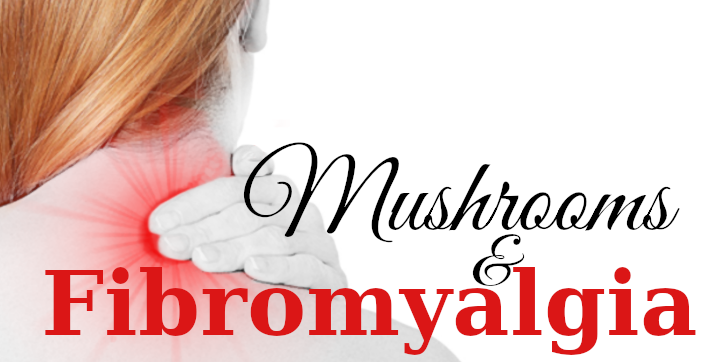 May 12 th is the world day dedicated to fibromyalgia; such an event is of great importance because it puts the spotlight on a syndrome still relatively little known, little investigated and against which the tools available to official medicine are not yet fully effective.

Fibromyalgia usually appears  between the ages of 20 to 50, and predominantly affects women; it manifests with musculoskeletal pains, muscle stiffness, fatigue and a corollary of other symptoms, including psychological ones, which altogether risk compromising the patient’s quality of life.

Certain factors such as prolonged stress, poor quality of sleep, cold, humidity and premenstrual syndrome can worsen the symptoms.

The number of women affected by  Fibromyalgia in increasing, however this is due to the improving diagnostic capabilities of the medical system. It is estimated that the diffusion rate is somewhere between 3% to 5%.
One of the major problems faced by those suffering from fibromyalgia is to find a suitable specialist.

How to diagnose fibromyalgia?

In general, the diagnosis is made by a specialist rheumatologist or a neurologist and they always set a therapeutic plan.

It should be added that up to this date there are no validated laboratory or radiological tests that are useful for recognizing fibromyalgia, s leaving the diagnosis to the doctor, his experience and the health guidelines that are being created both at regional and national level, also on the basis of the diagnostic criteria dictated in 2010 by the American College of Rheumatology; these criteria state that some very specific points that are painful to acupressure, that fatigue, sleep disturbances, cognitive disorders are present and that the symptoms persist for at least 3 months.

FIBROMYALGIA: A BIT OF HISTORY

The first to study fibromyalgia was Dr. W. Gowers in 1904; established that he had an inflammatory basis and called it “fibrositis”.

Since then pain syndromes differently named but substantially superimposable to fibromyalgia have been described by many scholars, in 1976 an American doctor coined the term “fibromyalgia” which is still in use.

Articles in international scientific journals have begun to appear since the 1980s and gradually, over the years, the attention of the scientific world has greatly increased.

In 1992 the World Health Organization definitively included fibromyalgia in the list of recognized diseases.

FIBROMYALGIA: WHAT ARE THERAPIES?

At the current moment  there no real cure for fibromyalgia. The only drugs that are available address the symptoms.

In the set of “tools” used against fibromyalgia we can consider some antidepressants (the same ones used in the treatment of migraines), serotonin reuptake inhibitors, muscle relaxants which have the task of decreasing muscle stiffness, various types of analgesics, including opioids and finally antiepileptics.

None of these drugs should be taken light-heartedly, and they may need to be combined together through a careful prescription by a medical specialist who has a complete panorama of the patient’s condition.

Due to the complexity of the symptoms that come with fibromyalgia, it becomes the classic example of a problem that requires an integrated therapeutic approach, which combines various techniques and remedies with drugs.
Behavioral therapy, Tens (Transcutaneous electrical nerve stimulation), acupuncture, massages, moderate but constant exercise and a healthy diet can all be useful tools to improve the state of the patient.

Let’s see in detail, with a critical analysis, how they can help.

Behavioral therapy, as well as relaxation and autogenic training techniques help to relax the muscles and produce beneficial endorphins, these are useful to all and have no side effects. Tens (Transcutaneous electrical nerve stimulation) is a physical therapy performed with special instruments and reduces pains especially in the acute phase, on the other hand it has a fairly high cost and is not, however, determinant or with permanent effects.

Acupuncture helps to manage pain and reduce inflammation; however this means high costs for long a repetitive sessions.

As far as massages are concerned, the opinions are discordant: some complain of a worsening of symptoms, while others feel better. Whichever is the case, it is advisable to contact an experienced physiotherapist who will be able to improve flexibility and reduce the patient’s tensions.

Physical activity is highly recommended; open-air walks, swimming or gymnastics in the pool, pilates, yoga 2 or 3 times a week seem to be the most beneficial activities.

On the contrary, intensive training like weightlifting seems to worsen the situation, increasing the inflammatory state.

A healthy diet is essential to maintain a good state of health and is certainly also beneficial to a fibromyalgiac patient; in particular some experts recommend diets that are low in , or completely, gluten-free, milk and derivatives and solanaceae (tomatoes, potatoes, eggplants, peppers, chili peppers) in order to combat any excessive intestinal permeability, but at the moment this is not a medically validated protocol.

It is important to underline that some medical studies sustain that fibromyalgia patients often have food intolerance and dysbiosis (alteration of intestinal bacterial flora). It is certainly correct to presume that an anti-inflammatory diet (low on red meats, sugars and refined flours and rich in whole grains, legumes, fish, vegetables) may be useful. However, it is recommended to consult a nutritionist to concord on an optimal diet.

In particular, a rigorous study conducted in Spain in 2015 featured 64 women with fibromyalgia who took an extract of Ganoderma lucidum for 6 weeks;  at the end of the experiment the main physical parameters, such as strength, flexibility and speed had shown improvement. The researchers concluded that Ganoderma can be a very useful supplement to increase the performance of people with fibromyalgia (you can read the entire study here).

Another interesting mushroom that could work in synergy with Ganoderma lucidum is Phellinus Linteus, which is an excellent anti-inflammatory and natural pain reliever.

Select the fields to be shown. Others will be hidden. Drag and drop to rearrange the order.
Compare
Wishlist 0
Open wishlist page Continue shopping